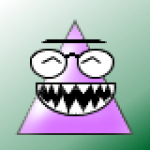 After the break down a large change in current can be produced by almost insufficient change in reverse bias voltage i.e. for widely different currents, the voltage across the zener diode remains constant so a zener diode can be used as a d.c. voltage regulator.

To use a zener diode as a d.c. voltage regulator, it is joined in reverse bias to unregulated dc input voltage through a resistance R (called dropping resistance) and the regulated output voltage is obtained across load resistance Rl.

If Rz is the resistance of the zener diode, then

Applying Kirchhoff’s law to the mesh containing R, we get

Photo diode is always reverse bias. When no light falls on it, a small reverse current flows through the junction. This current is due to thermally generated electron-hole pair and is called as dark current. When the photo diode is illuminated with light photons of energy hυ>Eg then it rejects the valence electron due to which the current increases and becomes maximum. This current is called as saturation current. On increasing the light intensity, the saturation current increases.

A photo diode turns its ON or OFF in nanoseconds. So it can be used as a fastest photo detector.

It consists of a p-n junction made of Si or GaAs. A very thin layer of n-type semiconductor is grown over a p-type semiconductor by using diffusion method. (so that the energy falling on the diode not greatly absorb before reaching the junction).

Working: When light falls on the top of a solar cell, it gets absorbed. The absorb energy knocks out electrons, which flows across the junction to create the current. The current flows through the p-layer.  A load resistance is connected across the metal contact of cell to store the electricity. After flowing through the load resistance, the current flows back into the n-layer. Thus, a current is generated without mechanical input energy.

Hi , My Name is Shubham Maurya and i am currently working as a Project Manager.

One thought on “SEMICONDUCTOR DEVICES PART 3”